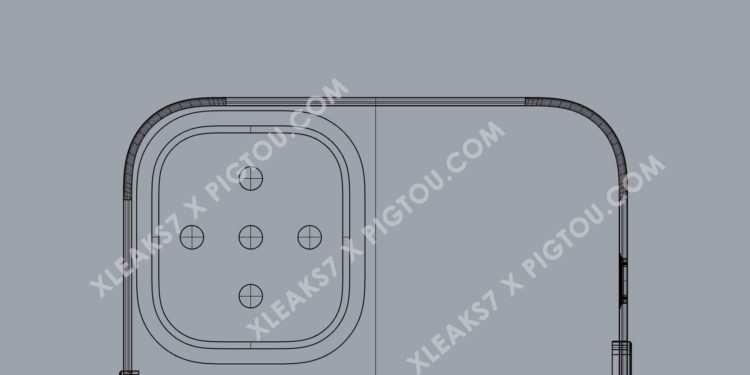 Days after Apple announced the second generation iPhone SE worldwide, we now have a new 3D model of the iPhone 12. Thanks to our collaboration with xleaks7, we can show the very first renders of iPhone 12 which is based on 80% complete CAD drawings. Based on the model, the iPhone 12 seems to be 7.39mm thin and 64.21mm wide. The overall dimensions are approximately 131.5 x 64.21 x 7.39 mm.

In line with most leaks and rumours so far, Apple seems to be using an iPhone 5/5S like design this time but with dimensions of the iPhone 8 and other newer iPhones. That is, the new phone has a more rectangular design over the rounded edges of the current iPhones on the market. Apple is sticking to bigger, edge to edge designs though.

The iPhone 8, for instance, had a 4.7 inch screen whereas the iPhone 12 is expected to have the 5.4 inch screen sizes that the current iPhones had. Similarly, the phone still seems to have a notch on the front, but this time it looks more like a punchhole design, though instead of a circular punchhole for the camera, this one has a small rectangular hole on top of the screen. It’s unclear what all this hole will include, but there seems to be enough space to fit two front cameras now. We don’t have information about bezel, it’s likely Apple still works on it.

There are also five holes on the back, where the camera would be. The design and spacing of lenses may not be completely accurate but overall layout is correct. That suggests that the iPhone 12 will have four cameras on the back, along with a flash. It’s likely that Apple will continue with the three cameras — wide, ultra wide and telephoto — from the current iPhones, while adding a fourth macro shooter to the device.

There are also holes for the speaker grille, microphone and lightning connector on the bottom. Apple has recently adopted stereo speakers on the iPhones, so it’s likely that the company will continue with the same on the iPhone 12.

Additionally, Apple may also choose the fourth camera to be something that enables better augmented reality. The same has been seen as a trend in the industry recently, and Apple has been big on AR as well.

The iPhone 12 is also expected to run on a new processor from Apple, with added power for artificial intelligence and neural processing.