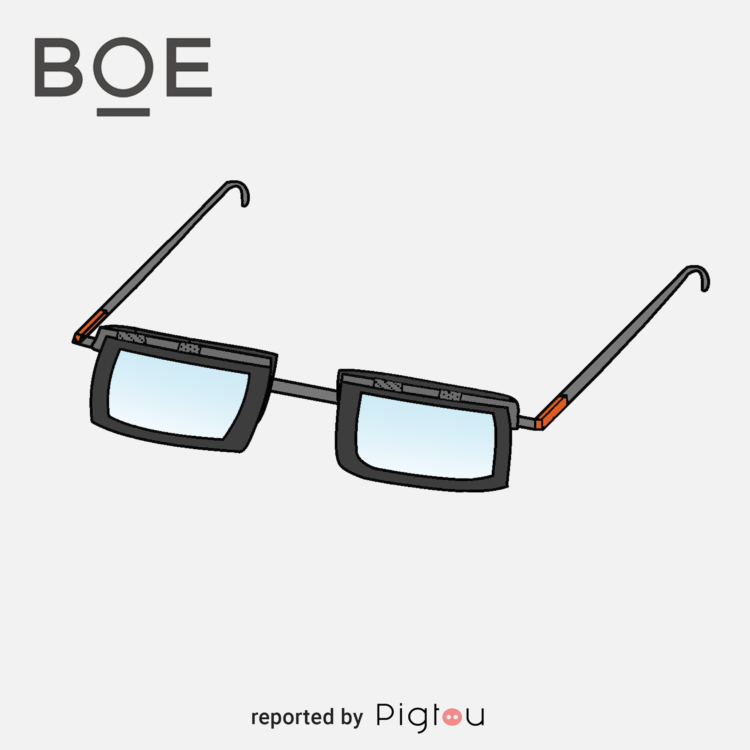 Chinese display maker BOE is developing smart glasses with a defog mode and heating unit, a patent filing shows. While it is unclear who the glasses are for, the company had been contracted last year to develop advanced screens for Apple’s iPhones. The iPhone maker has also been working on smart glasses of its own, according to many reports, and is expected to sell Augmented Reality (AR) glasses in future. Could it be that BOE is making these smart glasses for Apple?

According to the patent, the glasses can “accurately detect and remove water droplets” from the lenses. This would be an ideal feature for any smart glasses that you’re supposed to wear all the time. The glasses have a frame, lenses, driving unit, a heating unit and a control unit. Also, there’s a “transparent touch structure” on the glasses with two touch areas. These are insulated from each other, suggesting that they will have different functions.

If this is for the Apple smart glasses, then what we’re thinking is that they will not only be waterproof but will also remain clear and easy to use in higher humidity environment or when there is a sudden change in temperature. For instance, this technology could keep your glasses from fogging when you come out of an air conditioned room into the sun, and other similar instances.

The heating unit also includes a power source, which means the battery life of the device could suffer. These devices are meant to be used 24×7, so the company will have to figure out how to optimize battery life for the same.

What is WWAN on Laptop? (Explained for Beginners)