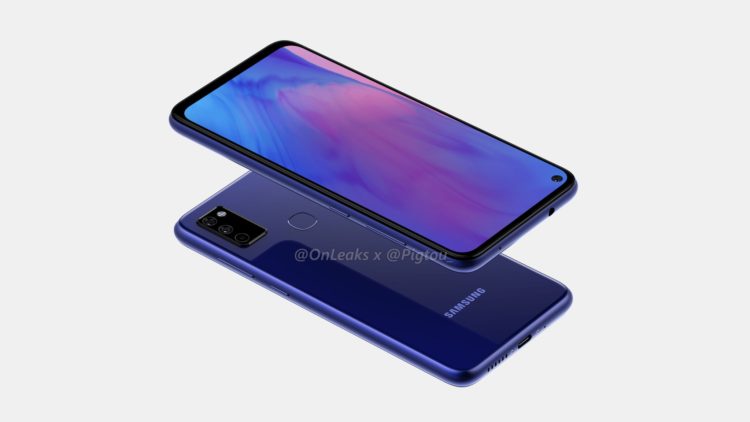 According to our sources, the Galaxy M51 is expected to have a 6.5 inch flat display with a punch hole selfie camera on the front. The device also has three cameras on the back in a rectangular housing, much like the Galaxy S20 Ultra’s camera housing. The fingerprint sensor is also on the back and the phone has a headphone jack, and a USB Type C port. According to our source, dimensions are 162.6 x 77.5 x 8.5mm (9.5mm including rear camera bump).

The Galaxy M40 had a 6.3-inch FHD LCD display, which suggests that this new device should have something similar. We expect that the phone will run on the Snapdragon 720G or Snapdragon 662 chipsets, since those would qualify as updates to the Snapdragon 675 chipset that its predecessor ran on. That also means the phone will support 4G LTE connectivity only, which is fine for a budget device.

Furthermore, the phone should have at least 6GB of RAM since that’s the prevailing spec in such phones at the moment. It should also have plenty of storage and will likely run on Android 10 out of the box. The Galaxy M40 was at roughly $250 and the M51 should follow a similar pricing structure.