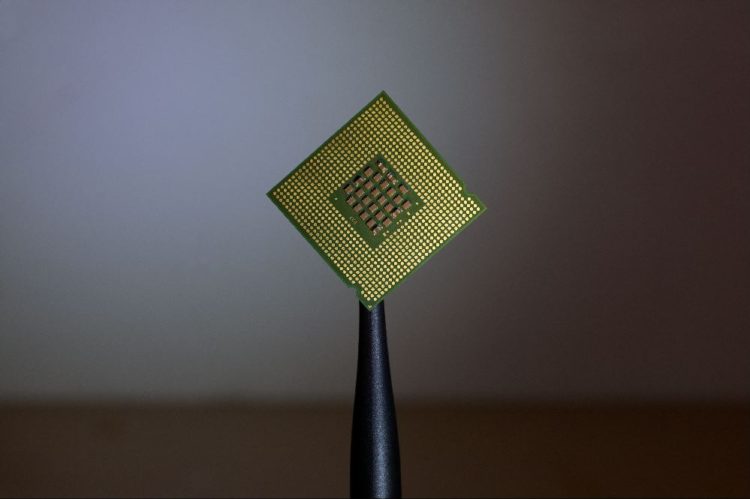 It is probably a rite of passage for all laptop owners to wish in some way that their computer could work faster, heat up less, and be very snappy. The central processing unit, or simply processor, is the brain box of any laptop. It has the proverbial finger in every pie regarding the laptop’s functions: from booting to the smooth execution of every command.

It then begs the question of whether it is possible to augment the internal processor of a laptop with an external one and, if possible, how that may work. These questions and some more are what the rest of this article will answer.

By definition, a processor is a circuitry that takes care of all the basic functionality of any laptop in which they are found. In most personal computers today, the processing unit consists of what is known as a transistor (an electronic component made of silicon sheets).

It is usually connected through the motherboard to the computer storage, hard drive, and other peripherals. It, therefore, comes as no surprise that it controls everything.

An external processor is simply all that has been described above existing outside of the laptop as a separate entity, very much like an external keyboard or mouse.

Use of External Processor

Often, when the question of increasing the processing capacity of a laptop comes up, it is because we want to carry out heavy tasks, like video editing, playing games, or many small tasks simultaneously.

Can an External Processor be Used for All Laptops

Practically, with current technology, it is not possible to connect an external processor like you would an external hard drive via a USB cord to just any laptop. Here are a few reasons why this particular method of trying to upgrade the performance of a laptop would not work.

The processor circuit is very intricate

As simple as it sounds, the integration of all the components that make up the electrical circuit of the central processing unit is such that close communication with every other part of the computer is ensured. It is that cohesion that makes the processor so adept at controlling the core functions of the laptop.

There is, therefore, no way for these laptops’ internal microcircuits to communicate via a cable with an external processor. It would be like trying to connect one brain to another and hoping they augment each other – it makes sense on paper, but the technology doesn’t exist yet to make it a reality.

The operating system of any laptop is software that controls the basic functions of the laptop. You can think of it as part of the data on which the processors work, albeit a very crucial part. Many operating systems, including Windows, currently do not support connecting an external processor to work in tandem with an internal processor.

To bring the processing powers of both the in-built processor and the external one together would require some kind of interface or software. Perhaps because of the lack of high demand, such software has not been developed for use in the majority of systems.

However, other technologies exist that may serve a similar purpose.

Computer clusters can be understood as different computers, each with its processors, working together on a network so that they can be viewed as a single system. A cluster can be as simple as a two-system or two-node network where two personal computers are connected via a local area network. Because of the combined processing power, such a connection is expected to help share the load across the computers in the network.

Therefore, since the processors in each of the computers in a cluster are external to one another, computer clusters have been grounds for some to say that external processors can indeed be connected to a laptop. The one kink in this plan is the cost and expertise that setting up such a network of systems would require is one that not many regular laptop users can afford.

Beyond computer clusters, here are other ways to get improved performance and greater computing power from your laptop

If you can afford it, getting a new laptop with a higher grade processor, among other improved specifications such as the RAM, is probably your best bet. To reiterate, the processor chips in many laptops are soldered onto the motherboard, and unless you have the means to set up a cluster system, the inbuilt processor is all you get. If the need for a more powerful processor is great, planning for a new more-suited personal computer may be best.

The Random Access Memory, or RAM, is like a wait station for data that is being used by the computer at any given time. For example, if you want to perform the task of playing a video game, the game data is transferred to the RAM while the processors use the data to run the gaming software.

The RAM is a volatile form of memory because it resets once the system is switched off. The larger it is, the more data it can hold at any given time and the faster the computing speed, and unlike the processor components, many laptops come with slots on the motherboard for fixing extra bits of RAM.

Make sure there’s enough space on your laptop

Many things come together to contribute to the computing speed of a laptop, one of which is the amount of free, uncorrupted space available for your processor to work with. Uninstalling unnecessary applications, closing applications when not in use, and checking for spyware and malware are a few things to do to ensure your laptop stays in optimal shape for as long as possible. It may also be necessary sometimes to clear up your browser caches and cookies.

HDD stands for Hard Disk Drive, whereas SSD stands for Solid State Drive. Both are types of computer storage, the part popularly referred to as the ‘computer hard drive’. The SSD makes use of newer technology that gives it greater speed and durability. Adding an SSD to your laptop could do wonders for the overall computing speed of the laptop.

Technology is constantly evolving, and there is no telling what the years to come will bring; external processors may very well become so developed that they can simply be plugged into a system and used to augment inbuilt processors without resorting to a computer cluster.

However, that is not the case at this time. For now, practical alternatives include purchasing a new laptop, buying more RAM, minimizing the amount of clutter on your laptop, and upgrading to SSD.

How to Fix Scrolling To The Right (All You Need To Know!)