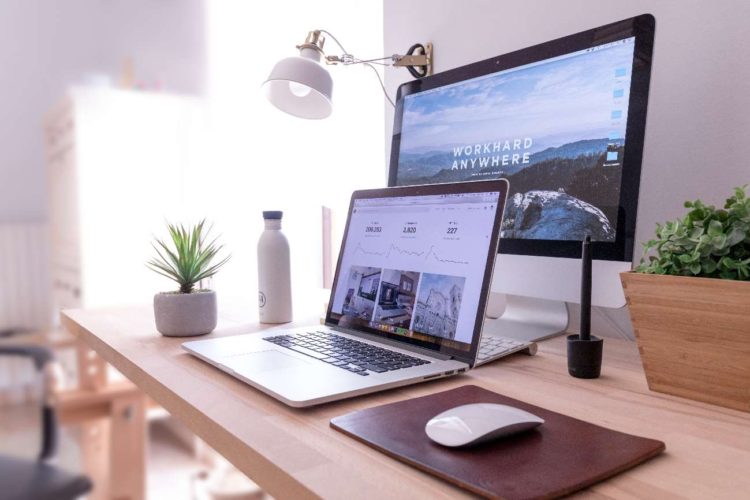 A laptop is also known as a notebook computer or a laptop computer. It’s a small personal computer (PC) built with an alphanumeric keyboard and a monitor (screen) for portable use. The clamshell design of laptops features a lower lid with the keyboard on the inside and the upper lid comprising the screen.

2-in-1 laptops come with a detachable keyboard. The ability to fold laptops for storage or transportation makes them ideal for mobile use. When using a laptop, you can place it on your lap, hence how it obtained its name.

Laptops find use in various application areas, including education, work, web browsing, general home use, playing games, and personal multimedia, among other uses. Americans use the terms notebook computer and laptop computer interchangeably when referring to laptops.

A laptop is built with various features, including input/output parts and capabilities of a desktop computer. They include:

Some modern laptop computers also come with built-in webcams, touchscreens, and microphones. Personal computers use an external source of power from an AC adapter or an internal battery. Memory capacity and processor speed, including other hardware specifications, vary from one laptop to another depending on model, type, and price.

3 Components of Computer System and Examples

The main components of a computer system include hardware, software, and humanware or users. The actual PC is made up of hardware and software parts. However, the humanware aspect of computers comes in the face of a human to make the system functional and productive.

Although the three components of a computer system can be installed separately, they may fail to attain full computing potential. The components would function separately, but only to a certain degree.

Moreover, humans must input data into a computer system and support connectivity for the hardware and software components to work.

Hardware components are tangible and include:

Hardware components are encased inside a computer, but a mouse and a keyboard can be connected to the system for external use. The microprocessor chip (also referred to as the central processing – CPU) is the essential hardware component in a laptop.

An accelerated processing unit (APU) is an integration of the graphics processing chip (GPU) and the conventional CPU into a new and sleek laptop computer. The chips are found on the motherboard. A computer APU and CPU perform graphics and arithmetic manipulation.

The disk drive stores data processed in a computer system, making it secondary memory. The two most common types of disk drives include:

Hard Disk – the mechanical storage device stores data on metallic and magnetic platters. Read/write heads read the data magnetically, making the hard disk dependent on an uninterrupted power supply. A blackout or power outage may cause drive failure or loss of data. With proper use, hard disks maintain data integrity and many years of use (a long lifespan).

Solid State Disk – designed to store data on flash memory chips, a solid-state disk is less susceptible to erratic behavior. Even in the event of a blackout or unexpected power outages, the disks perform faster and reliably.

The computer motherboard supports direct connectivity and communication with other computer hardware or devices. It’s connected to a computer system either externally or internally. Devices that connect to a motherboard within a computer include:

On the other hand, devices that connect to the motherboard from the outside include:

Software refers to the programs, protocols, instructions, and data running on computer hardware. The programs are held persistently yet temporarily in primary (main) and secondary hardware components.

Whereas the hard disk drive is secondary hardware, the random access memory chip is primary hardware. Software is grouped as application, system, program, or malicious.

A software system is designed to manage various computer devices and other software. The operating system (OS) is a good example of a software system. The OS is software for the motherboard and thus the first software to be set up in a computer.

Applications and other computer software are then installed in the computer system. Some common OS for conventional computers include Mac OS X, Windows, and Linux. iPhone OS, Android OS, Firefox OS, and Windows Phone OS are some popular OS systems for mobile devices.

Designed for end-users, applications perform specific roles to produce (output) important information. A word processing application, such as Microsoft Word, for creating brochures and letters is a good example of application software.

Other applications include Corel Draw, Adobe Photoshop, and AutoCAD. A pack of application software comes in packages referred to as software suites.

An example is the Microsoft Office suite, which includes software for presentation, word processing, spreadsheet, and graphic design. Others include iWOrk and OpenOffice. Software applications are developed or written programming languages, such as C, Visual Basic, and Java.

Also known as malware, malicious software is an exploitative code that black hat hackers and internet criminals develop to interfere with a computer system’s normal operation. Malicious attacks often give hackers access to confidential information and cause the loss of critical data.

The criminals can also convert affected computer systems into zombies or avenues for launching more serious criminal activities, such as spreading viruses and spam or denial of service attacks (DoS).

Hackers deliver malware scripts into target computer systems via websites and email as ransomware, adware, scareware, and spyware. The scripts include:

Developers use programming software as tools to create various software, such as Word processors and Windows OS. The languages enable the writing of source codes, creating and maintaining new computer software, debugging errors, and writing malware scripts, such as Trojans and viruses.

A laptop is made up of input and output devices, including processing and storage components. Although it features a built-in keyboard and a screen, the PCs also connect to external devices like mouse and printers.

How to Fix “Windows Is Activated Using Your Organization’s Activation Service” (2 Solutions!)