Is a Laptop Useful for Medical Students (Helpful Examples)

So you, or someone you know, got into medical school; congratulations on seeing the hard work pay off. Now you need to figure out whether you should get a laptop or not.

Depending on the year of study, medical students need to do a lot of reading, note-taking, etc. Technically, these things can be done using just a pen, paper, and a library. However, a laptop would make many of these things much more manageable.

Also, many medical schools (for example, the school of medicine at the University of Virginia) favor digitized classrooms and mandate you get your own laptop, while in other medical schools, the choice between that and an iPad is up to you.

If that’s not enough to convince you, the rest of this article explains why laptops are helpful for medical students, if they are better than iPads or tablets, and what requirements most medical students have for their devices.

Is Laptop Useful for Medical Students?

Laptops have several uses that medical students benefit from:

In medical school, you will need to read a lot of textbooks on subjects like gross anatomy, physiology, biochemistry, pharmacology, etc. Each of these subjects has its own heavy textbook.

Lugging around one might not be a problem, but it is when you have to contend with multiple. You also have to read through your professor’s notes, often distributed as PowerPoint presentations. It’s much easier to read that on a laptop screen than on a smartphone.

Another consideration is the need to consult multiple sources at the same time.

Let’s say you’re studying gross anatomy; for example, you might open your recommended gross anatomy text for explanations, alongside an anatomy atlas to get a better picture of what the text is describing, and a medical dictionary for terms that have left you stumped.

Even if you have a physical copy of all these texts, it’s easier to open them all on one device than flip through multiple pages multiple times.

2. As a Learning aid

Multiple software has been created as medical school learning aids; software such as 3D Human Anatomy and iMuscle can be used to visualize muscles, tendons, bones, and other parts of the human body in a 3-dimensional setting.

Generally, these aren’t available for smartphones. Also, when you’re learning to read x-rays, the larger screen of a laptop is better for visualization than the tiny ones on smartphones.

You’ll be required to create group presentations in medical school because integrating such activities into the medical school curriculum boosts collaborative studying, self-directed learning, and confidence.

Due to the screen’s small size, doing this on a smartphone is highly inconvenient. An iPad or tablet is better suited, but switching between multiple windows might still be a bit clunky.

However, a decent laptop has a large enough screen and an interface that makes switching between windows/tabs, copying, pasting, and typing convenient.

Upon graduating from medical school, you should be competent in conducting studies, analyzing the findings, and arriving at a conclusion. You don’t need to become a statistician, but knowing the basics is necessary for designing studies.

It’s an integral part of the medical school curriculum because these skills can contribute to discoveries in public health and other specialties.

If you need to refer to multiple scientific journals or design a questionnaire to administer, you’ll be hard-pressed to do so on a smartphone. It’s also cumbersome to write so much information by hand, especially since you’ll eventually have to type it out anyway.

Once it’s time to plug the information into a spreadsheet, you’ll need a laptop to do it quickly. You’ll also need a device (i.e., laptop) that can run software for statistical analysis like SPSS (statistical product and service solutions) and STATA.

Learning in medical school is a continuous process where one field builds on another. For example, pathology is a field that focuses on diseases in the body, and to understand what goes wrong in the body, you need to understand how it functions normally.

Hence, before you do pathology, you’ll do physiology, which is the study of how the body functions normally. As you progress in medical school, you’ll need to refer to past textbooks and lecture notes. When materials become so plentiful, a laptop is useful for storing them.

Medical students use laptops to watch video series such as Kaplan, Sketchy Microbiology, and Dr. Najib to aid their understanding of various subjects.

Is iPad or laptop Better for Medical Students?

We’ve established that a smartphone won’t cut it, and a laptop trumps everything else in terms of versatility but what we haven’t mentioned is that in some instances, a tablet may be more appropriate than a laptop.

Ideally, you should have an iPad alongside your laptop. However, if you can only afford one, still go for the laptop. The functions of the iPad can be performed by a pen and a notebook, but a notebook can’t replace your laptop. What’s more, some laptops can work as tablets too.

Would a 2-in-1 Laptop Be Useful for Medical School?

Another alternative to buying a laptop and an iPad or tablet is to buy a laptop that can function as both. For example, a HP Spectre x360 can cost as little as $1000, while an iPad Pro (without the Apple Pencil) costs at least $800.

With a 2-in-1 laptop and stylus pen, you’ll be able to take notes on your laptop without losing the advantages of buying a laptop. 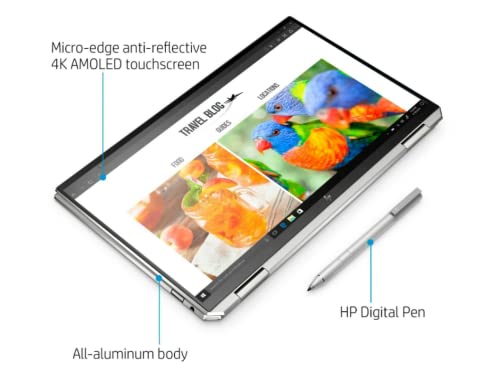 You’ll mostly need the laptop for studying, so you need a laptop with long battery life; 8 hours is good enough since you’re unlikely to spend more than that studying

This sort of laptop is easy to carry around, so you won’t have to return home before you can start using it. One that weighs 3 to 5 pounds is lightweight.

You don’t need a very powerful processor, but you’ll need one that at least allows you to run statistical software and anatomy programs. Intel Core i5 can do this.

You can also get a tablet alongside it or get a laptop that can also function as a tablet. The laptop you choose should be lightweight and have long battery life.