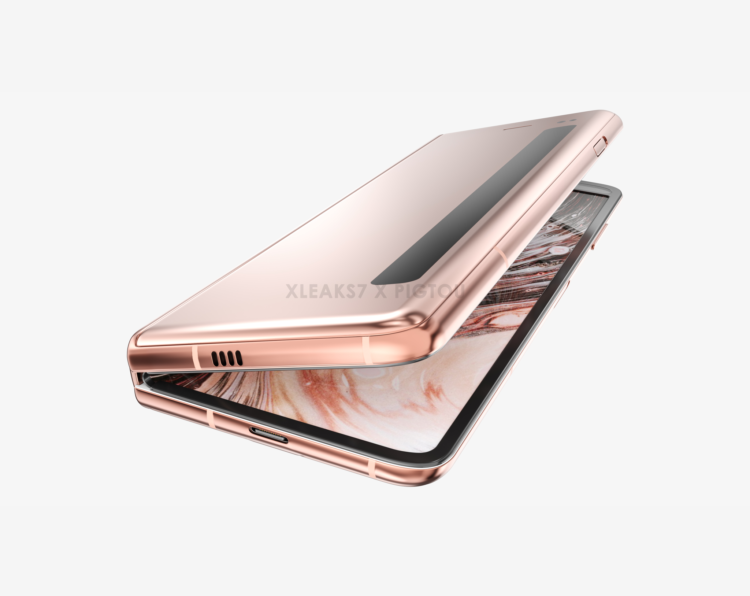 The patent describes a new hinge mechanism that sounds like the one on the Galaxy Flip earlier. The area behind the folding portion of the Fold 2’s display is hollow. So, like the Galaxy Flip, it seems this screen will also fold back into the hinge mechanism when the phone is folded. The mechanism has made the Flip’s folding mechanism snappier than the original Fold, and it’s similar to what Motorola uses on the new Razr.

Further, while the patent confirms that there will be two cameras on the back of the phone, there’s a third square module that looks somewhat like the S20 Ultra’s zoom module. Having said that, we don’t see any room for a flash in drawings, meaning this could be a flash module as well.

Another thing the patent confirms is that the front display, which is used when the phone is in folded mode, is thinner this time. It looks more like a strip, meaning Samsung isn’t really expecting people to use the Fold as a phone anymore. The main functionalities will have to be moved to the full unfolded screen, which still seems to be as big as that on a tablet.

You can also see the cutout for the front camera above this screen, with a cutout for what should be the proximity sensor, next to it. The volume button is on the right side of the phone while the power button is moved to the top, and the Type-C port on the bottom. There are speaker grilles on the top and bottom too.

That said, there seems to be a very interesting addition here. The left side of the phone shows what looks like an alert slider, similar to the ones used by OnePlus. Given that the front screen has been made into a strip, an alert slider could be quite useful on a phone like this. This could also be a slider to unfold the phone.

Recent leaks have said that the Galaxy Fold 2 will be launched alongside the Note 20, in August this month. We don’t really have full details about price and other specs yet though.