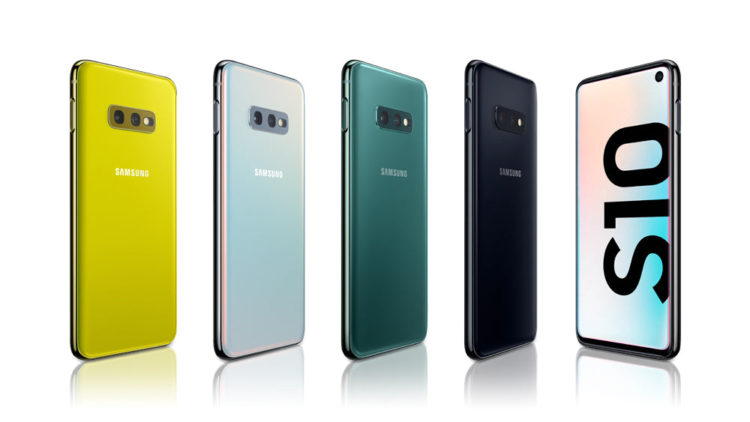 The Samsung Galaxy S10, Galaxy S10+, and Galaxy S10e’s latest firmware carry the version G973FXXS5CTD1, G975FXXS5CTD1, and G970FXXS5CTD1 respectively. The Galaxy S10 5G’s firmware version is now updated to G977BXXS4CTD1. As for the Galaxy A50, the latest software version for the device is now A505FNXXS4BTCA. The Korean phone maker hasn’t released the changelog for the latest software update for these devices. However, you can expect the new firmware to fix some bugs and enhance performance, apart from bringing the latest Android security patch.

The new update for the Galaxy S10 series and Galaxy A50 is being released over the air in phases, so it may take some time to reach your device. You can manually check if the update is available for your phone by going to Settings > About device > Software update > and tap Update. Notably, Samsung is releasing the May 2020 security update for its devices faster than ever before. After a successful rollout to the flagships, the brand’s mid-range handsets are expected to receive the latest software treatment in the near future.

To recall the specs, the Galaxy S10 series flagships were launched last year with Qualcomm’s Snapdragon 855 chipset, up to a whopping 12GB of RAM, and up to 1TB of massive storage. All the models offer Dynamic AMOLED displays with holes in the top-right corner of the screen to house the selfie cameras. The Galaxy S10 and Galaxy S10+ feature 6.1-inch and 6.4-inch screen sizes respectively, while the Galaxy S10 5G flaunts a massive 6.7-inch display. The most affordable of the trio, the Galaxy S10e, features a compact 5.8-inch display. They are retailing at the starting price of $349.99.

As for the Galaxy A50, it is a mid-range offering with an Infinity-U display, an under-display fingerprint sensor, and a triple primary camera setup at the rear. The Exynos 9610 processor-powered handset offers a 6.4-inch Super AMOLED screen with a resolution of 2,340 x 1,080 pixels and a layer of Corning’s Gorilla Glass 3. Notably, the handset is fuelled by a beefy 4,000mAh battery that supports 15W fast charging. The pocket-friendly smartphone is available for $299.99.

How to Fix “bootrec /rebuildbcd the requested system device cannot be found” on Windows 10? (Solved!)

How Does a Laptop Make Life Easier? (5 Examples)

How To Resolve The “Cannot Create a File When That File Already Exists” Error (Solved!)