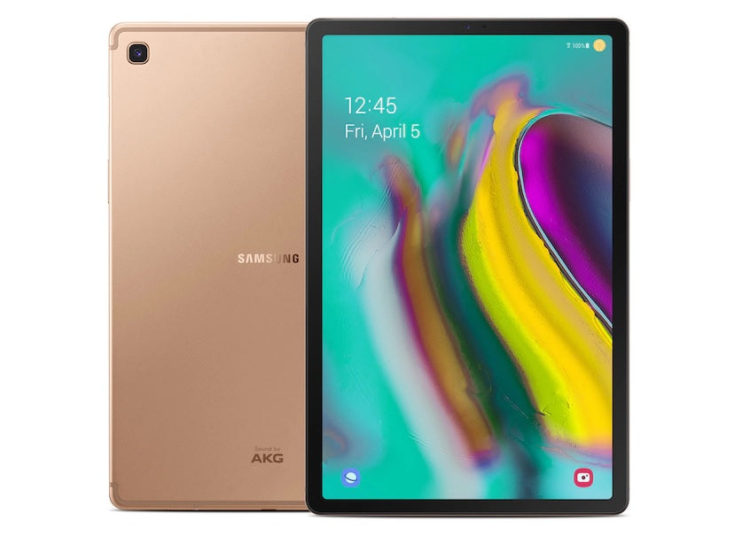 Samsung has dropped the Galaxy Tab S5e Wi-Fi-only 128GB storage variant’s price in the United States. This model of the slate has received the price drop a few weeks after the 64GB edition’s price was reduced in the country. The 128GB Galaxy Tab S5e is now retailing for $399.99 after a price drop of $80. The slate is available at the reduced price tag in the US from Amazon, Best Buy, and Samsung’s e-store. As for the 64GB Galaxy Tab S5e, it is retailing for $349.99, down from the original price of $399.99 from the same shopping channels.

Samsung is bundling the Galaxy Tab S5e with a two-month free subscription to YouTube Premium service on its e-store. If you purchase through the e-commerce portal, then you can avail the same subscription for four months. The slate can be purchased in three colour variants – Gold, Black, and Silver.

To recap, the Samsung Galaxy Tab S5e is a mid-range Android tablet that was introduced in February last year. The slate offers much slimmer bezels on all the sides than its predecessors. The light-weight tablet features a premium and appealing metal design. For enhanced productivity, you can attach a keyboard to the slate, which makes it easier to write emails, edit presentations, and more. Notably, the Android-powered offering comes with the Family Share feature, which lets you sync up to six different accounts to one group to keep track of important messages, reminders, and more. The device also comes with Samsung’s new Bixby Voice Assistant, which lets you search, control music, and more via voice commands.

Talking about the other specs, the Galaxy Tab S5e sports a large 10.5-inch Super AMOLED display bearing a resolution of WQXGA (2,560 x 1,600) pixels. Powering the tablet is Qualcomm’s 2GHz octa-core Snapdragon 670 processor, which is paired with 4GB / 6GB of RAM and 64GB / 128GB of storage depending on the model. Notably, the slate also has a microSD card slot that accepts memory chips up to 512GB in size.

In terms of connectivity, the Samsung Galaxy Tab S5e offers support for dual-band 2.4GHz and 5GHz Wi-Fi, Bluetooth 5.0, ANT+, GPS with GLONASS, and a USB Type-C port. The slate is fuelled by a 7,040mAh battery, which the brand claims to provide up to 161 hours of music playtime and up to 15 hours of video playback. As far as the imaging needs are concerned, the tablet has a 13MP rear camera and an 8MP selfie snapper. Lastly, in terms of security, the device has face unlock mechanism as well as a fingerprint sensor.

Best Software To Unlock Phones To Any Network (100% Effective)