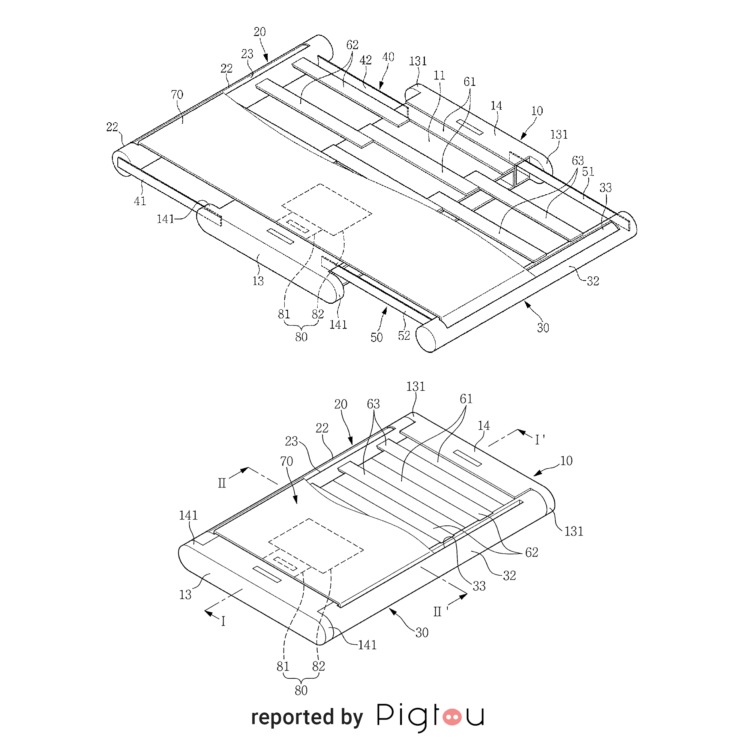 After foldable smartphones, Samsung might be looking to bring its foldable displays to tablets. A new patent filed by Samsung Display, the South-Korean company’s display subsidiary, shows a display attached with rollers on both sides. The patent explains that the display in question is indeed a touch display and “at least a portion” of said display is rolled around a roller.

While the patent doesn’t make the mention of a tablet anywhere, its utility seems to be very well suited to such devices. Samsung could technically use such a rollable mechanism to make tablets much smaller and give a whole new meaning to portability.

In fact, the patent is very similar to another one the company had filed back in 2018. That one was titled “Rollable display device with separate rollers for display and display window”, while this one is titled just “Flexible display device”. At the time, speculations were that Samsung would use this rollable display on its tablets, though they could easily fit TVs too. LG has already showcased a rollable TV to the world, so Samsung shouldn’t be far behind either.

Samsung has already launched two foldable smartphones on the market. Though the company faced issues with the first Galaxy Fold smartphone, it has seen much more acceptance with this year’s Samsung Galaxy Flip. Additionally, Samsung tried to do a tablet sized display with the Fold, but many said that didn’t work for them.