What Causes the “Zsh Command Not Found” Error? (2 Solutions) 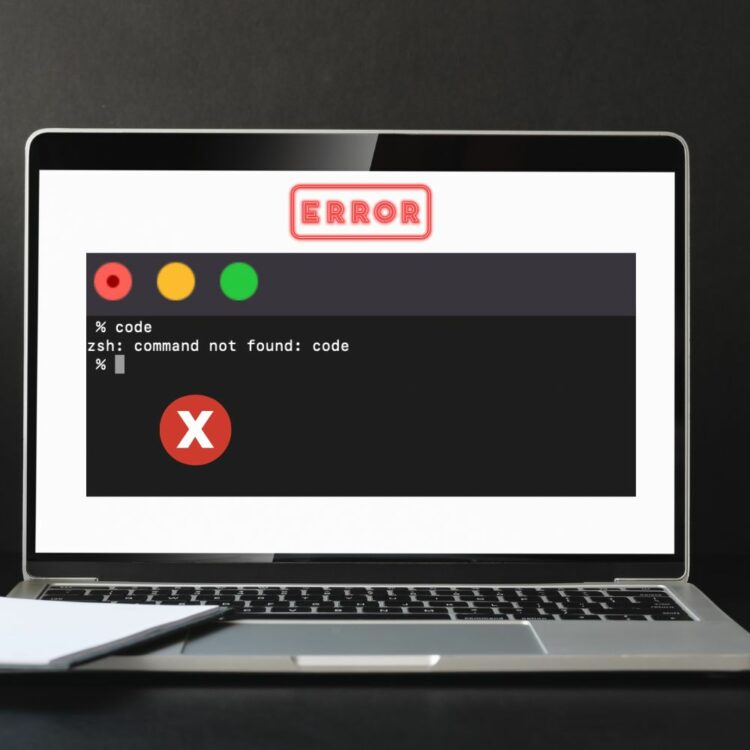 The shell is the interface by which users communicate with the operating system via a command line interface, graphical interface, or both. UNIX, UNIX-like systems, and Mac Operating systems use the Z shell, also known as zsh. The zsh is an improved version of the BASH shell previously used in MacOs because it has some additional features.

What is a Zshrc file?

They are the zshenv, zprofile, zshrc, zlogin, and Zlogout files. The Z shell reads and runs commands from these files. However, “.zshrc” files are the most functional out of the five. The per-user file is used for interactive shell configuration, and with it, one can perform the following: complete commands, correct commands, set up aliases, etc. In addition, the per-user file has content that can be opened and edited using a text editor.

While using this file, users may experience difficulties. The zsh may not run because the systems display errors which may be due to several reasons. Also, users may find it difficult to find the file’s location.

This article discusses some of the errors associated with zshrc files and how to solve them.

What Causes the “Zsh Command Not Found” Error?

The commands found within the code of the Zschrc file run the z shell. Whenever the zsh shell is added to a device that can run it, the file is automatically created. There are errors associated with the use of the Z shell. The commonest error users face is the zsh: command not found.

This error can be a result of several things. They include

How To Solve The Error: Zsh Command Not Found

This error generates a lot of frustration for users as they may be uncertain how to solve it. Below are some steps to take to correct this error.

A command is the set of instructions that have been programmed to run. If the command that is to be run on the zsh operating system is not part of the programmed instructions on the zsh, the zsh will not be able to recognize it and will not run. Hence it will display the error zsh command is not found.

For example, if you want to get a clean screen on the Linux operating system using a command like “clr” on the operating system instead of “clear,” it will not run because Linux does not support such a command. To cross-check whether a command is valid

The zsh command runs on the per-user file. When the zsh shell is added to a device that can run it, the per-user file is also located within a path through which the z shell performs its various functions. However, sometimes that path may have been wrongly set. You can confirm that the path is set by making the per-user file permanently stored. To make it permanent must create another per-user file using the steps below.

Creating such a file requires you to do the following.

Open a terminal on the main page.

After inputting the touch~/.zshrc command needed for creating another per-user file, press run to have it run.

Then, you exit the terminal.

Next, you have to re-open the terminal to run the command on the z shell.

Following the methods listed above, you should be able to solve any issue resulting from the zsh command not being found. This is the most common error associated with the per-user files of zsh.

The per-user file is needed to configure and run z shell. Any changes to the zshrc will affect the functions of zsh which is the shell in the operating system of Linux, Linux-related devices, and macOS.

Some problems can arise while using the per-user file. They can result from changes made to the files or difficulty finding the files. This article has looked at some of the errors and their causes. Multiple solutions to these problems have also been discussed.

How to edit zshrc file

To edit such a file, you can use the following process:

• On your macOS/Linux home page, click on the terminal to open it up.
• Prior to this, you must confirm that you currently are operating with Zsh (if you are not sure)
• Next, input zsh and hit the enter key to load the command
• Afterward, input nano~/.zshrc to edit the per-user file according to your needs.
• You can now add the new changes you want to the file you just created. It could be an alias, path modification, export customizations, ZSH THEME configuration. For example, if you want to modify the path, you can add the variable details of the $PATH you want. For example: export PATH=” $PATH: ‘your command’
• Next, press down on the control key and then hit the X key.
• While doing the above, also hit the Y key. This will help in saving the file.
• Select enter to close the editor window for Nano.
• Run the command “source~/.zshrc” to save changes, as the changes only take effect when the zsh profile is reloaded, or a new terminal window is launched.

What’s the difference between Zsh and Fish?

• There are several differences between Zsh and Fish. First, while both are shells, once up and running, Zsh allows more functionality than Fish because Fish lacks genuine shell syntax. Hence, while Fish is a shell, it cannot run shell scripts, but Zsh can do that.
• Another difference between the two is that Zsh requires some preliminary actions to use it. For example, none of the features of Zsh are active at the start. Hence, it requires a lot of manual activation commands, which turns users off from using it.
• However, once all these commands have been set up, it is easier to run than other shells like Bash and Fish.

Windows Can Only Be Installed on GPT Disks (3 Easy Solutions!)