QLED display, known as Quantum-Dot Light Emitting Diode in full, is a kind of display that uses a LED backlight. The LED backlight is an advanced form of LCD technology. This QLED technology is formed by quantum dots, also known as nanocrystals, which are minute particles that make up the display.

Knowing your display preferences when choosing what laptop to buy will guide your choice of display technology. Having some basic knowledge of the tech behind the view you see helps you know what to expect from your laptop.

People have different core reasons for choosing a display type for their laptops; for example, gaming, work, video editing, watching movies, taking online classes, etc., might be reasons for getting a laptop; hence preferences would differ.

A gamer will likely look for a sharp display that supports modern graphics cards over a low-quality display.

Quantum-dot LED is a feature synonymous with Samsung to describe the layer in their VA panels. QLED uses phosphorescent crystals that enhance the LED backlight on an LCD. QLED was introduced in 2017 by Samsung with their 4K LCD TVs, using the quantum dot nanocrystals.

It also has deeper black levels and remains a better option for gaming. Moreover, it might be a more healthy option. QLED is a panel technology a Samsung’s concept of enhancements to the quantum dot technology that the company has been working on for some years now.

The main reason for QLED being a great advancement in picture quality is that quantum dots can emit precise colors because the size of the particles adjusts to quantum-level velocities, giving accurate light emissions.

Differences Between QLED And OLED

Before the arrival of QLED, the OLED display was in existence and well known. With QLED coming to light, people are more curious about what makes it better or different from OLED.

Gaming On OLED Vs. QLED

OLED gives an impressive contrast, especially if you love to play in dark-lit rooms. The superior viewing angle might be an issue for gaming, but since players tend to sit directly in front of the monitor, it should not be a problem.

When it comes to controlling input and response time, OLED does not have a significant advantage over QLED, but, in pixel response, OLED is faster. OLED gives a pixel response as fast as 0.1 milliseconds for a very attentive player.

OLED display produces a more life-like picture than the QLED display. Compared to QLED, OLED display is more expensive, and most gamers would rather go for QLED, seeing that they do not have a technical advantage over each other.

Although, if you are not on a budget and are looking for the best realism and image quality, you would prefer the OLED display.

Gamers who like to play in well-lit rooms will prefer a QLED screen for the increased brightness and brilliant luminance. QLED also has an impressive pixel response time, but not as fast as OLED.

The pixel response time of QLED is about six milliseconds. QLED is also available in a wider range of screen sizes and 8K resolution than the OLED display. It is also more affordable, making it the choice of most gamers.

What Is A Highly Rated QLED Laptop?

The Samsung Galaxy Chromebook 2 is the first QLED display laptop globally and comes highly recommended too. It has a QLED display with 4K resolution. It is efficient and ultra-slim, giving it a non-bulky feel.

It has an LED backlight, so black pixels still have light behind them. Its QLED technology puts a quantum dot filter over the backlight to enhance contrast and make the colors sharper. Its QLED touch screen feature is one of the model’s best assets, giving it a rich, well-saturated color display and wide viewing angles.

White backgrounds are better looking, and the contrast is sharp. Also, there is no pixelation around the edges of letters. The Samsung Galaxy Chromebook 2 was a big innovative move by Samsung, introducing QLED into the market. 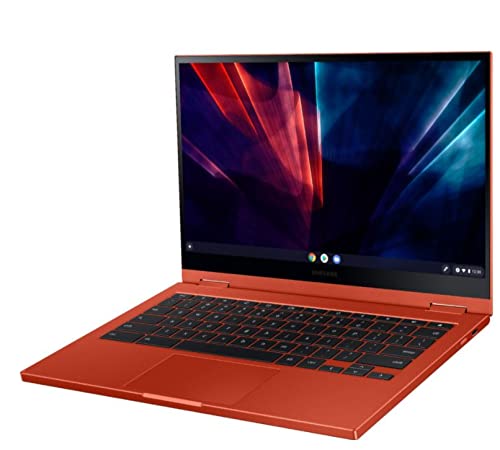 Picture quality is important for most laptop users, especially because comfort is a priority and a good-looking display is easier on the eyes. If you are big on display due to your priorities when choosing a laptop, such as gaming, photography, editing, content creation, etc., you should give a QLED display laptop a shot. QLED display is a very efficient feature but also very affordable.

How to Spy on iPhone from Android (Complete Guide!)