Why is My Laptop Vibrating? (3 Common Reasons and Solutions) 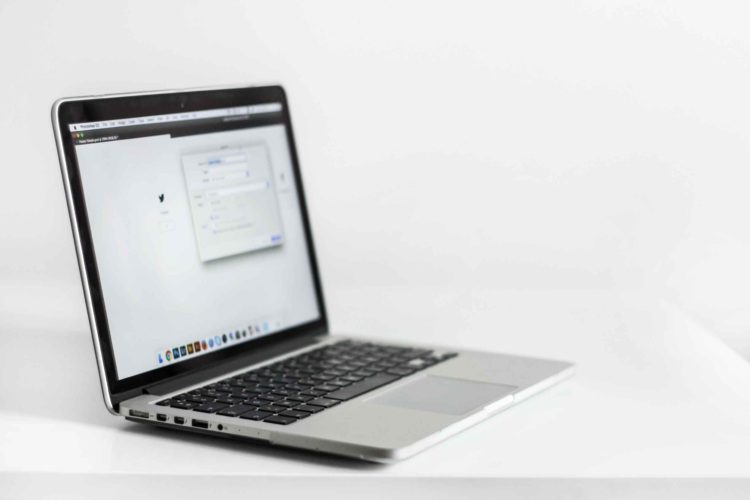 When something is wrong with its internal components, the vibration from a laptop can be comparable to a washing machine. Many PC users ask why their laptops vibrate can relate to this analogy. But why does a laptop vibrate? What are the common reasons?

Well, the common causes or sources of vibration in a laptop are the fans and the hard drive; when any of the components with rotating mechanisms in the computer gets faulty or are under intense use, they can ‘protest’ by vibrating.

It’s then left to you to know why they’re making that noise and fix the issue. So, in this small guide, we will tell you the possible causes and solutions to the most common vibration noises that your PC can make.

Common Causes of Vibration in a Laptop

#1: The fans are loose, broken, or run faster than expected

One of the most common noises inside a computer is caused by fans. Sometimes it might be a faint vibration, but other times it might feel like your computer has turned into a washing machine or a plane about to take off.

You can still feel your PC fan blowing warm air out during regular operation. But due to various reasons, the fans can run faster and thus vibrate more. So, do the following:

Check the laptop’s CPU usage by opening Task Manager using the Ctrl+Shift+Esc keys. If a graphics-intensive program, such as a game or Photoshop, is running and the CPU usage is greater than 50%, it is normal for the fan to produce noise.

Check the following steps if the CPU usage is less than 50% and no graphics-intensive programs are running.

After checking the CPU usage in Method 1 and finding out that CPU usage is above 50%, the only solution is to close the programs, or you and your PC can endure the discomfort until you finish the task. To close high-power apps, go to Task Manager by pressing Ctrl+Shift+Esc. Then identify and close programs consistently using a high CPU.

The other main reason this noise can be caused is that the air vent has become dirty or excessively dusty. If this happens, the fans that were previously sufficient to cool the processor are now no longer sufficient, so the motherboard makes them work too hard.

You will identify this problem when the computer turns on fine and does not make noise, but after a few minutes, the fan starts working at maximum speed for no apparent reason.

The fan speed is controlled by the temperature control system, which can adjust the fan speed according to the heat volume of the host. So, clean dusty laptop vents that keep heat and air out by following the process below:

One of the reasons why fans make noise is the wear and tear caused by the time to its parts. This is recognizable because it is not that they have suddenly started making noise, but because the noise they make has been gradually increasing over time.

In this case, the only thing you will need to do is change the fan to another one with the exact dimensions. Take a good look at its physical indications if you modify it yourself since they usually have the direction in which they expel the hot air. The air always has to be expelled to the outside so as not to overheat the equipment.

#2: The vibration is coming from the magnetic hard drive

When working, conventional hard drives (magnetic ones) emit a very characteristic noise. Like little clicks that are not very audible. This lets you know when they are working and even the intensity of that work. Although some models are louder than others, they are usually minimal noises that are perfectly normal.

If you notice that your hard drive suddenly starts to make louder vibration noises or clicks, then perhaps you should be concerned. These types of hard drives are not like SSD cards with chips. Instead, they are drives with various moving components that can wear out or deteriorate. So if they start making these louder noises, it may be because their life is coming to an end.

There’s nothing you can do except prepare for the inevitable. Back up your files or save everything on that failing hard drive to another external storage drive. Then buy another new hard drive to replace the noisy one. We recommend a solid-state drive (SSD), the modern one with no rotating parts.

We insist that you back up or save all your essential data and files to another drive as soon as you hear these strange noises. The hard drive may still last several days or weeks when you start heading the noise. But it is also possible that it will break after a few hours since there may be different types of failures in one or more of its components.

#3: The vibration is from the chassis

Some MacBook and other users complain of a tingling or vibration when stroking the aluminum case. This usually happens when the MacBook is connected to the power adapter to charge. In most cases, the problem can be eliminated quite easily.

The phenomenon can occur with all MacBooks with an aluminum housing. If you gently run your fingers over the housing while it’s charging, you may experience a feeling of tingling or vibration, which is caused by the so-called touch current.

In the case of the fully insulated MacBook, the touch current is generated by capacitive feedback in the power supply unit. The touch current flows through the user’s body to the earth when touching the housing. Although this is unpleasant, the touch current is not dangerous for humans, and it’s a common issue in laptops with aluminum chassis. It is well below 0.1 mA and thus below the limit value of 0.5 mA in most cases. Also, this is usually not comparable to the kind of vibration you get from the fans or hard drive.

Meanwhile, keeping your legs in the air while using the laptop won’t make you feel the vibration.

Like most electronic devices, laptops have fans, drives, and other rotating components that can generate noise for one reason or another. If your laptop is making too much vibrating noise, then it’s a reason to worry about, and we’ve suggested things you can do. Depending on the noise source, you may need to change your hard drive, clean the fan vents, close high CPU demand apps, or replace the fans.