If you’ve opened this article, you’ve probably heard about Coin Master quests and are curious about questions like:

In this guide, we’ll highlight essential tips, tricks, and general advice to help you know how to play this game.

What is a Quest in Coin Master?

A quest is a game within Coin Master that gives players a chance to win massive rewards. The difference between a quest wheel and a Coin Master wheel is that you spin it with coins rather than spins.

Each Quest typically consists of 10 missions you can find on the Mission map by tapping on the reward icon at the bottom right of the screen.

Players can also check each mission’s progress and rewards by tapping the Mission map’s rewards icon. The main reason why players can’t stop playing quests is because of a chance to win elusive gold cards.

What Missions will You See in Quests?

There are three types of missions in quests:

The final mission is the hardest of the three because players must spend billions of coins to play with the bonus wheel. We’ll discuss ways to avoid wasting coins on quests later in this article.

What Rewards can be won in Quests?

Players can win small rewards by completing missions inside the Quest. After completing the entire Quest, you’ll be eligible to win the grand prize.

You can win spins, coins, pet XP, and cards as rewards after completing missions. The grand prize can contain any of these rewards in greater quantity.

Choosing Difficulty Level for Your Quests

Quest offers players the option to choose the difficulty level for the Quest. You can play at the easy, normal, or hard level. The higher the difficulty, the bigger the reward.

You can access the difficulty level options when you tap on the quest badge on the main screen. You’ll be able to go over each level and view the rewards. Once you’ve chosen your preferred difficulty, tap on “Quest Now.” You should see your selected difficulty level in the upper right-hand corner.

Additionally, as you advance in the Quest, you may be offered the option to increase your bet to spin the wheel and win a bigger prize. Ensure you employ the best betting strategy so you don’t lose your hard-earned coins without anything to show for it.

How often do Quests Happen in Coin Master?

There is no known date when quests happen because the game developers keep that information a secret. That said, some players claim they receive 3–4 quests weekly.

Generally, players receive quests at different times, so your Quest may start earlier than other players. All quests are playable for 24 hours. Remember, you’ll lose your progress if you fail to complete all missions.

What Level is the First Quest at?

All quests start from village 50 and higher.

When is the next Viking Quest?

There is no schedule for quests, so we can’t say when the next Viking quest will hold. If your village is at level 50 or higher, keep an eye on your account because a quest badge should appear on the main page several times a week.

How Many Coins do you need to win the Quest?

List of Quests in Coin Master. What Quest is the most popular?

Some quests are more popular than others. However, the most popular Quest on this list is the Viking Quest. Players have reported winning the biggest rewards playing Viking Quest without spending as many coins as other quests. Because of the game’s popularity, the developers continuously add new features and events. There may even be new quests released in the future.

Can you Hack the Viking Quest to Maximize Rewards?

One of the game’s staff members informed users through email in April 2021 that the Viking Quest had been temporarily deactivated due to some dodgy tactics used by a group of players. The Coin Master staff later shared that all gamers using hacks were suspended, and the Viking Quest will be reactivated.

So, even if you come across a hack that works, we do not advise using it because you risk losing your progress and getting banned. Rather than using hacks and risk getting suspended, we will list some tricks that can help you complete quests while spending less money.

Legal Tricks to Give a Try on Quests in Coin Master

While you can play quests without help, tricks increase your chances of winning the big prize. So, follow our legal tricks if you want a better chance at winning.

1. Prepare Before Starting the Quest

Limit the potential huge raid accounts on your friend list, and remove hitchhikers who don’t want to stack. When you max with fox, you’ll only lose a maximum of  99.9 million coins per raid. Moreover, you can raid at least 20 billion per event with one pet food, a good-level fox, and an effective spinning sequence.

2. Play Till You Win the First Gold Card

According to several players, the first part of the Quest is easier to play than the second. For instance, a player finished 82% of the Quest with 34 billion coins. The bonus wheel also didn’t appear for over 120 times.  We recommend you stop playing at the right time. Try not to be too greedy. Remember, basic rewards are nice; the rewards don’t always have to be mind-boggling.

3. Increase or Decrease Bets Based on Patterns

Try to limit your wagers until you notice specific wheel patterns. Spin low and jump up because the bonus wheel has a high possibility of appearing once about every 70 spins. Additionally, there is a possibility that the extra wheel will appear when you receive three hearts twice.

If you run out of coins, end the Quest, and spin the regular wheel instead. The standard wheel uses spins rather than coins. Additionally, you can use our daily links to get free coins and spins. Then restart the Quest and keep playing until you win rewards.

What Should You do if Viking Quest is not Working or Showing?

Ensure your village is level 50 or higher if the quest badge is not appearing. If the issue persists, try restarting your smartphone, installing the most recent updates for the game, and clearing up some space on your device.

We’ve successfully highlighted the most relevant information you need to play quests on Coin Master and win big! Follow our tips and tricks and watch your progress on Quests explode.

What Level is the First Quest at?

All quests start from village 50 and higher.

When is the next Viking Quest?

There is no schedule for quests. Quest badge usually appears 3-4 times a week.

How Many Coins do You Need to Win the Quest?

We don’t recommend starting a quest without 40-50 billion coins. 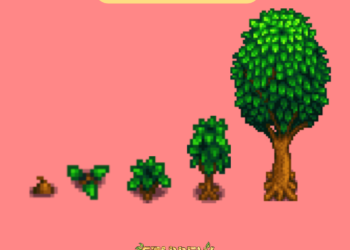 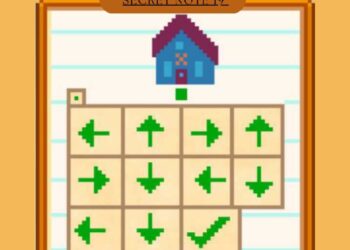 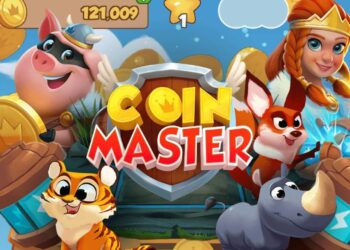 How Do I Fix the Issue With Xfinity Router Blinking Blue? | 14 Solutions