How to Tell Which Way Your CPU Fan Faces (Explained!) 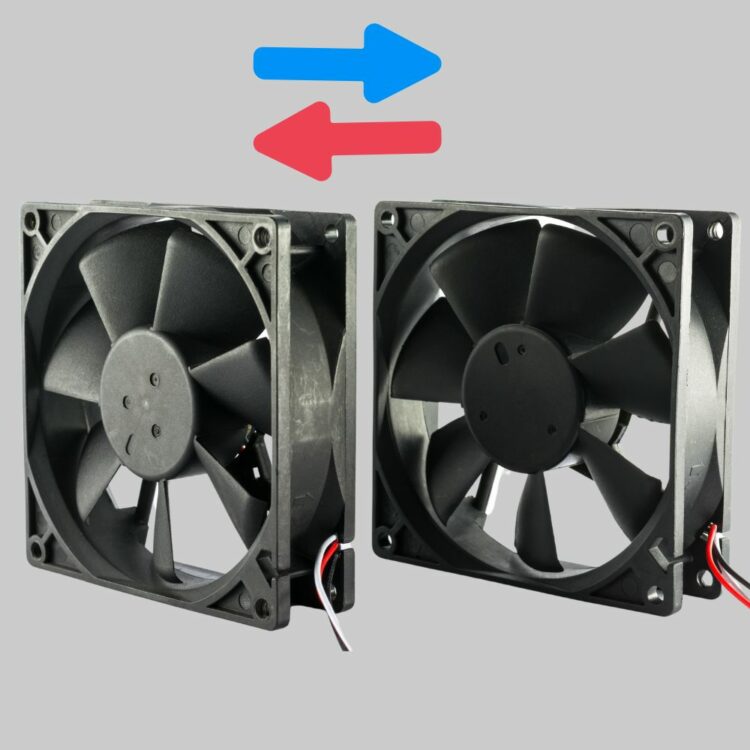 If you're asking yourself whether your CPU fan direction makes a difference, this article will explain what the best direction is.

The CPU fan direction has always been vital. At least if you want the proper distribution of cool air through your CPU. You should note that the CPU contains many things, metallic, wires, and plastic. And most components are good conductors, which means their workings involve the transfer of heat. If the direction of the CPU fan is not properly managed, one might be at the risk of overheating or a component burning out.

Some mechanisms aid airflow depending on how the structures that allow the flow is built. While some CPU build will only sustain air to be taken in, some are built to aid the pulling out of air. There are also some specific standards for setting up CPU fans, and if you want the best experience, you have to consider all your options.

Generally, the CPU fan should face the back of your heat sink, this meaning the heat sink fan should also meet the direction opposite your CPU. This arrangement is important as it helps to easily take cooler air into the blades and out through the back. Some helpful tips that can aid the identification of your CPU fan direction are your fan blades’ structure and looking out for some signs on CPU cases.

This guide will talk more about this means of identification and further explains the usefulness of your CPU fan direction. We’ll also brush through some errors one could encounter with the use and structuring. So without further ado, let’s dive straight in.

Does It Matter Which Way CPU Fan Faces?

Absolutely. As explained in the introduction, the direction has a lot to say about the working principles of a CPU fan. It helps when your CPU fan faces the heat sink’s back. You should know that airflow is best in a CPU case when it goes from the front to the back, which means the heat gets to flow out through the back too.

The build of the CPU also largely affects how you will set the CPU fan direction. While some CPU only uses one fan, which generally has an exhaust mechanism (driving out heat), others have dual fans for air intake and exhaust. It could also be that the CPU fan is built backward or just customized differently. All in all, one has to be the lookout for the best CPU fan direction that can suit one’s CPU.

The important thing is that the fan can pass air through the whole case. Therefore, it is often ensured that the CPU fan direction is set to allow airflow to the back of the case. Most people prefer the CPU fan exhaust mechanism, which quickly helps drive out hot air.

Notwithstanding, some had also stuck with the air intake mechanism, yet their CPU is performing just fine. So, you only have to set up your CPU fan in a way that you know can serve your CPU best.

How Does One Tell Which Direction The CPU Fan Is Blowing?

Commonly, there are two ways of figuring the CPU fan direction out. So, even if you are not a technical expert or know nothing about building a computer, you can still figure this out with the right information. All you have to do is open up your CPU case a bit.

For instance, if the arrows are facing upwards, it’s telling you the air blows out from there. This means that whichever side the arrow is facing indicates the direction the air is blowing or flowing from.

Not all CPU fan cases have the luxury of sporting imprinted fan direction arrows on them. So, this makes it a bit hard to generalize the arrow indications as the best method of figuring the CPU fan direction out.

2. Nonetheless, another method could make it easier to tell even when no arrows check how the blades are built.

Chiefly, the best method to determine the CPU fan direction is the second method, that is, memorizing the fan blade shapes. Once you have a mental picture, it will be easy to determine the direction of any CPU fan that comes your way.

There are no real software errors that come from the CPU fan direction. However, a CPU fan error can root in most physical defects in the fan. It could be due to wrong settings, overheating, or any external factor that distorts the fan’s normal functioning. Dirt or objects in the CPU fan blades and vents can also give rise to CPU fan errors.

It’s also worth noting that a CPU fan location issue can give rise to a CPU fan error. This type of error mostly comes up if you had been the one to install the fan yourself. You will find that the fan ideally runs when the system is on but hardly does its job in cooling the system.

Getting the CPU fan direction right is essential to good airflow through your CPU system. And we hope this article has been able to broadly explain all you need to know about the CPU fan direction. In case of any doubt, feel free to go over the article until you are cleared. Thanks for reading.

What does the “CPU fan direction” issue cause?

Generally, a wrong CPU fan direction can cause overheating and, in the long run, affect a computer’s normal functioning.

How to fix the “CPU fan direction” issue?

You can fix it up by getting the direction right and understanding the fan direction that works for you best. The article above largely explains this under the “Does It Matter Which Way CPU Fan Faces?” section. So, do check it out.

How to Fix "Windows Is Activated Using Your Organization's Activation Service" (2 Solutions!)