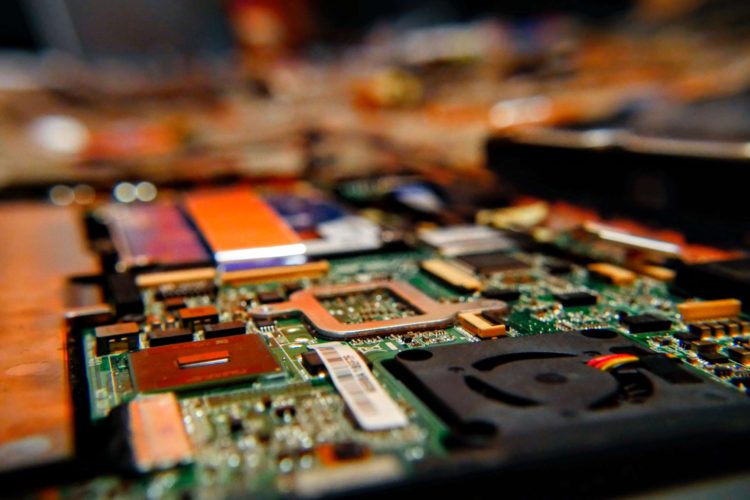 We’ve all been there; you’re chugging along trying to complete one task or the other, and suddenly your laptop craps out on you; cue the 5 stages of grief. Now you have to figure out whether it’s worth it to opt for a laptop repair or replacement.

Here are a few rules of thumb before we dive right in. If the laptop is 5 years old or more, replace it. Do the same if the repair cost is more than 1/3 to 1/2 of the cost of the laptop itself.

In contrast, if the laptop is still under warranty or all you need the laptop for is word processing and watching movies, it would probably be worth it to opt for a laptop repair. But you came here for specifics, so here’s a case-by-case analysis of what you need to know.

Is Laptop Repair Worth it?

It’s impossible to outrightly state whether you should get your laptop repaired or replaced, but there are common scenarios where one is better than the other. If the problem is with your motherboard, you should almost always get a new one, and if it’s with a touchscreen, you should generally replace it because these are the least cost-effective and expensive repairs.

If it’s anything else (software, batteries, keyboards, or fans, for example), as long as all the other factors in this list are in your favor, then you should repair it instead.

The amount of time you have

You can think of this in two ways, how often do you need your laptop, and what do you need it for? If you can’t survive without your laptop for a week or more, then a replacement might be better because repair companies typically don’t have things like spare screens just lying around. They generally do have spare batteries in stock, though.

If you’re a power user that games, edits videos, or codes, you might not be able to coast on a laptop that needs repairs, so buying a new one is in order.

Cost of a new laptop

A new one can cost as little as $500 or as much as $2500. If you need a word processor and movie player, you can get something like a Chromebook for less than 500 bucks. In contrast, if you enjoy coding in style, then a new Macbook Pro is about $2500 at the base price.

Is It Cheaper to Repair or Replace a Laptop?

You need to know what component needs to be repaired. For example, motherboard repairs are ill-advised because they are expensive and complicated. You can’t find a new motherboard anywhere on the market and replacing it with a used one assures you of only six more months of use at best.

That doesn’t mean they crap out after six months, but the repair shop guarantees nothing after. Also, whatever got your motherboard probably got to other components like your capacitors and they’re bound to fail sooner rather than later.

Replacing a motherboard costs $400- $500; your motherboard may be at fault if your laptop fails to boot, goes off while booting, or stops working.

Can I Repair My Laptop Myself?

You can repair yourself if, for example, it’s a software bug; yes, you can. Most bugs can be fixed through a quick reboot or Google. If that fails, software repairs cost $50-$150.

Should I Repair My Laptop Screen?

If it’s a damaged touch screen, it’s probably not worth it because all the different layers within that screen are most likely affected. You’d need to replace the liquid crystal display, touch digitizer, back panel, etc. Touchscreen repair costs $400.

On the other hand, a normal screen may be as cheap as $150, which is probably worth it. Signs of a screen problem are lines of ink on the screen, a black screen, a flickering screen, etc.

Should I Replace My Laptop Because of the Hard Drive?

Don’t replace your laptop because of hard drive issues. Hard drives are relatively cheap (at $200 for a 500GB SSD) and easy to replace for $250. If you need your data transferred, which you can do yourself, it’ll cost an additional $100.

As long as the laptop is worth keeping, the only real problem is losing your data. Once your hard drive craps out on you, it’s over, so you should replace it once you notice these signs: clattering sounds coming from your laptop, the famous blue screen of death, and “directory corrupted” error messages.

Should I Replace My Laptop Or Just The Battery?

You should repair your laptop if it’s battery issues. For batteries, the laptop repair cost is just the cost of buying a new battery plus the cost of labor if it’s an internal battery (one that can’t be removed without opening up the laptop). For the latter, the repair will cost $200 for the most high-end laptops but can cost as little as $50.

Signs your battery is failing include a shorter screen-on time and a failure to boot without the charger being plugged in.

When Is a Laptop No Longer Worth Fixing?

That’s simple; doing so wouldn’t comply with the rules of thumb mentioned earlier, i.e., the 5-year rule and ½ rule. For the 1/2 rule, it’s impossible to go through every possible problem, but here’s a quick rundown of other hardware components that might need replacing and the laptop repair cost. Each of these things is usually worth replacing.

d) Hinges: They cost anything from $25 to “simply not “being worth it”. That’s because the hinges are cheap, but your screen or laptop case may break alongside them when they break.

Whether to opt for a laptop repair or total replacement depends on the age of the laptop, the specific problem the laptop has, and the cost of repair. Any laptop that’s five years or more or has a damaged motherboard or screen probably needs to be replaced. For everything else, it depends.

What is a QHD laptop? (Is It Suitable for You?)